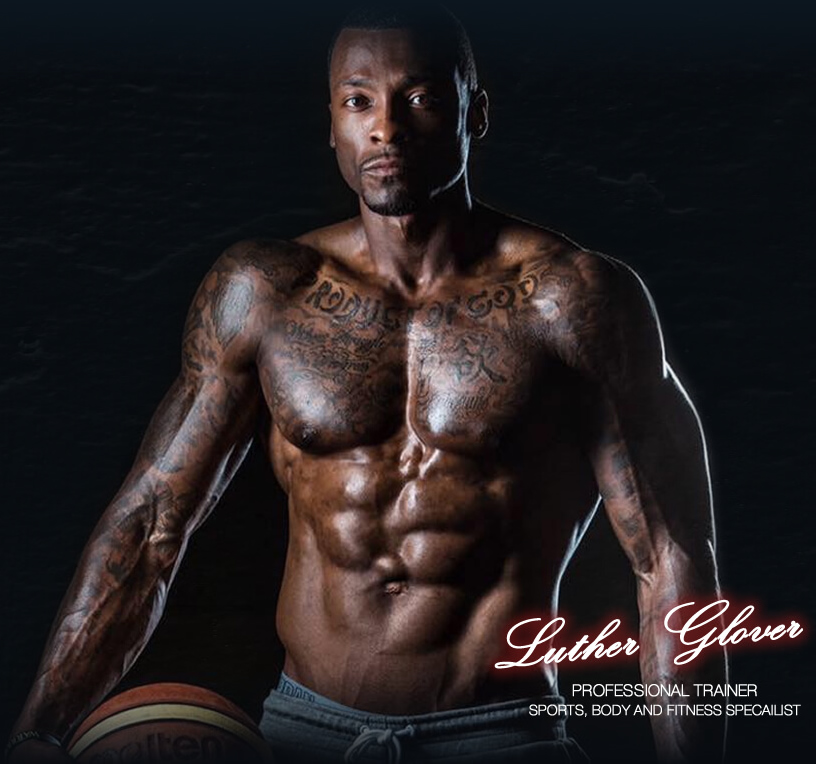 Luther Glover grew up in the inner city of Kansas City, KS.

“I started playing basketball at a young age and found out early I wasn’t naturally good at playing basketball. I was going to have to work. I had heard it all during my journey early on, “you will never make it, you won’t be anything big, you won’t amount to anything, just give it up.” Each of those phrases became important to me, they fed my drive to succeed as I continued my path which has brought me to today.

That path led me to start playing basketball in junior college, then to the University of North Dakota, and ending my college career at Lincoln University. I had visions of what I wanted to do for a career after playing ball, but the passion just wasn’t the same as when I was playing and training.

In 2006 I had a coach that gave me some opportunities to further my career in basketball. Starting with working out with NBA teams, semi pro leagues, NBA Select, etc. With that, I had the opportunity to play, live, and learn about the culture and people in places like Mexico, Columbia, Estonia, Finland, Ukraine, Poland, and India. From 2006-2014, this is what my “career” was, to travel and move from team to team. During one of my stays in Finland, I began training young kids. And I found my love for basketball again through watching these kids learn, grow, succeed.

In 2014 when I decided that I was done bouncing around, I remembered how much I loved training those kids in Finland in 2011. That immediately helped me remember my passion, andsd gave me the idea to open the gym in 2014. My niche is to help people: whether it is weight loss, building muscle, or sport specific improvements. We sit down and figure out their goals, and how we are going to work together to get them there. The ability to watch each of my clients grow and finally see their own potential after I have already seen it and witnessed it – but when they see it in themselves, that is what I do this for.”

To assist athletes in elevating their game by providing them with the resources necessary to develop their skills and sport IQ.

To work with all athletes from beginners to pros. Our goal is to be the top progressive training program in the Mid-West.

Our training and development philosophy begins and ends with an increase in individual skills through weight training, speed and agility, sport specific circuit training, and advanced nutrition techniques to encompass all areas of athletic growth. We believes that footwork and perfecting basic skills are vital components to success in any sport. We ensure that every workout we provide these key components are incorporated. Through our services we assist athletes in developing mentally and physically through 4 elements: commitment, self-perseverance, accountability, and work ethic.

This philosophy empowers athletes with knowledge and information to further improve their skills.

During training, immense focus is placed on working hard, having a positive attitude, and commitment to improving performance every time a player steps on the court, field, or their respective playing area. We works with each athlete to help develop their own personal basketball identity for enhancement.

What Sets Us Apart